Home / About the Ranch

“This ranch very well might be home to more history than anywhere else in Arizona.”  (Dude Ranching in Arizona, Arcadia Publishing). Rancho de la Osa is a unique convergence of Native American, Spanish, Mexican, ranching, political and Hollywood/celebrity history.

Native American History:  The ranch headquarters was originally a village for Tohono O’Odham  (once called Papago) Indians and possibly the Hohokam. Many artifacts, including metates and pottery shards have been found and continue to be here.

Spanish History: Rancho de la Osa boasts Arizona’s oldest continually used building that was built at the Tohono O’Odham village in 1722 by Jesuit missionaries who had traveled with Father Kino (Kino died in 1711). The building was a mission outpost which served as a place of worship, a trading post and an inn for travelers. Today it is used for special events and ranch gatherings.

The ranch was part of the 1812 Ortiz Brothers Spanish land grant. 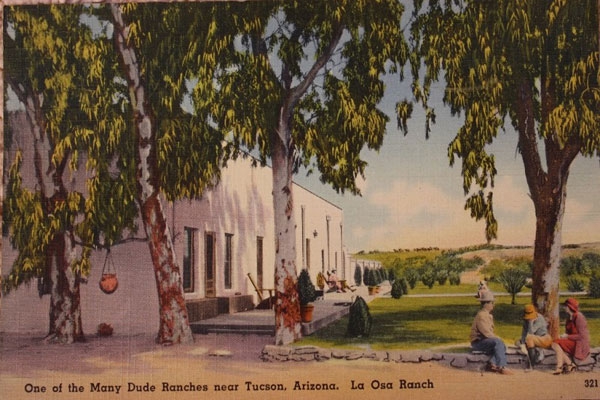 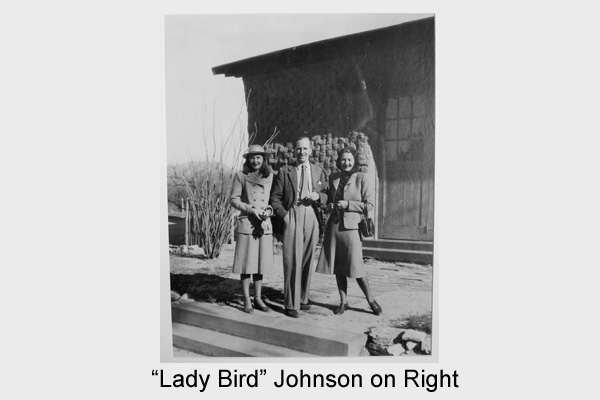 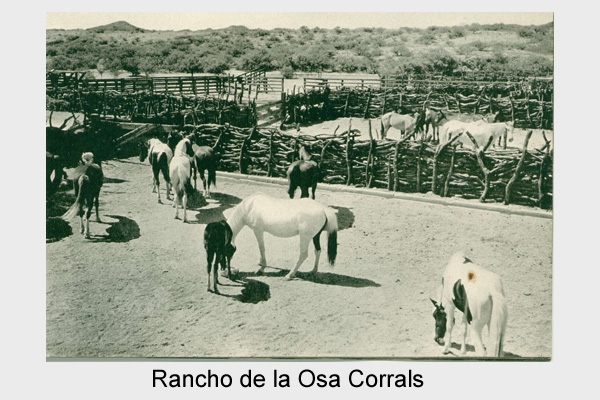 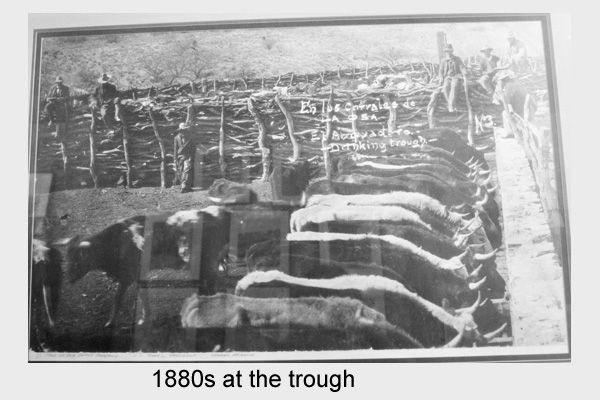 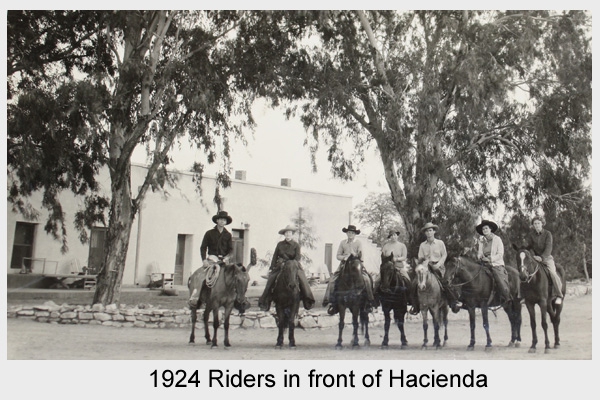 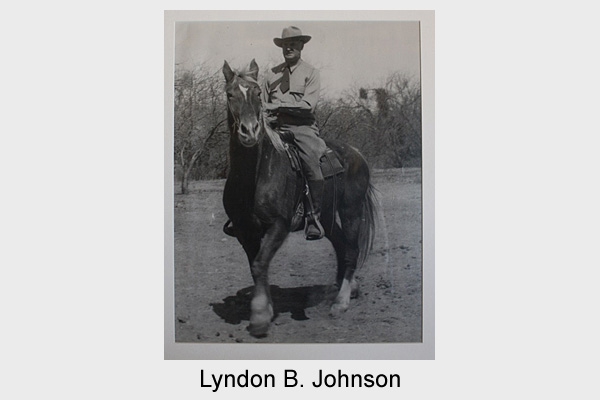 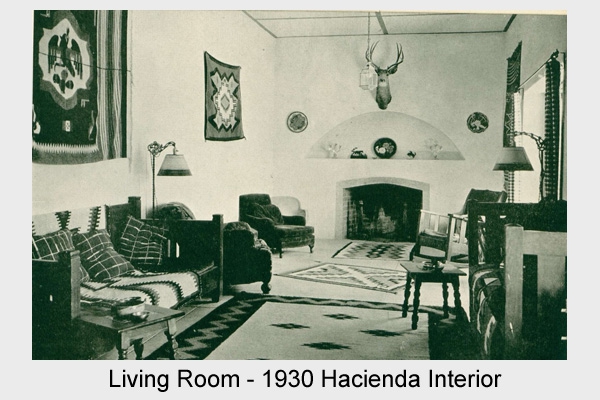 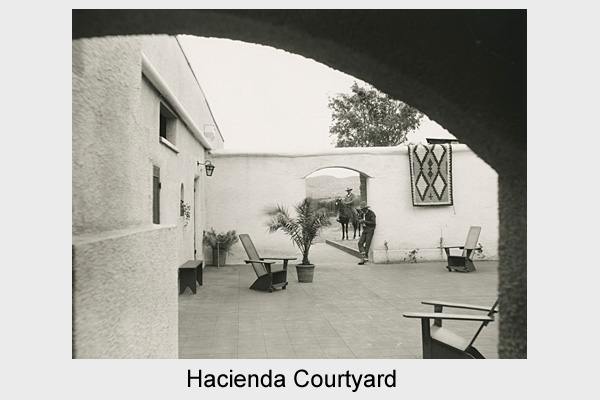 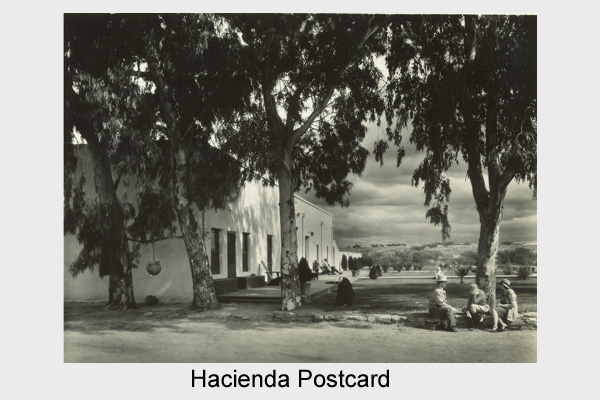 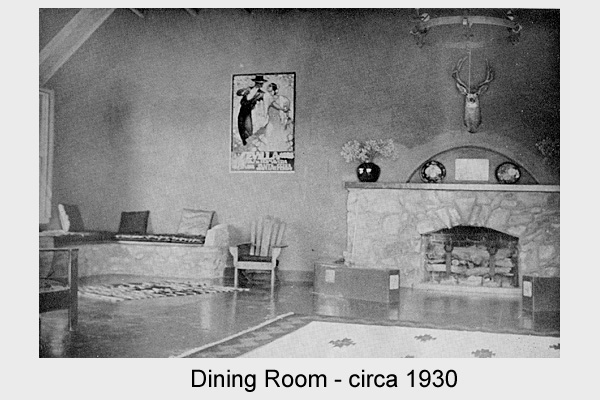 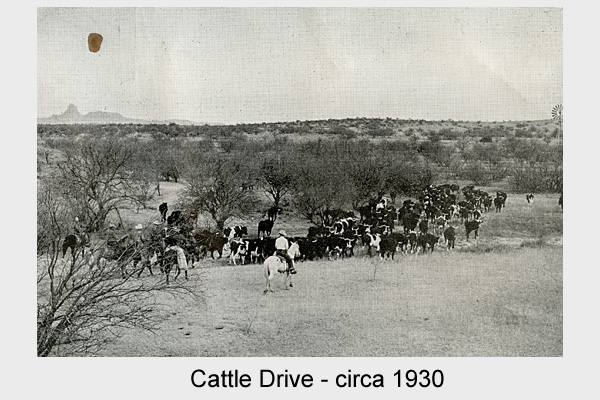 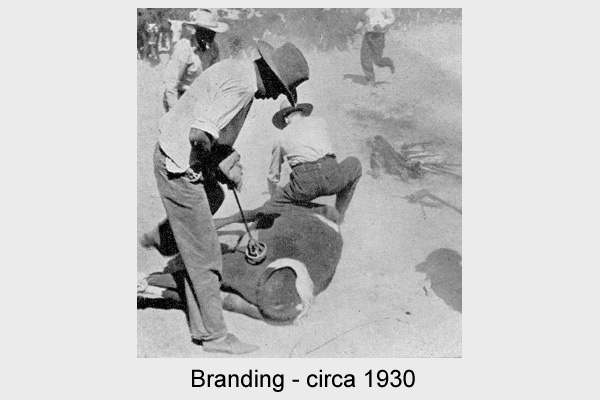 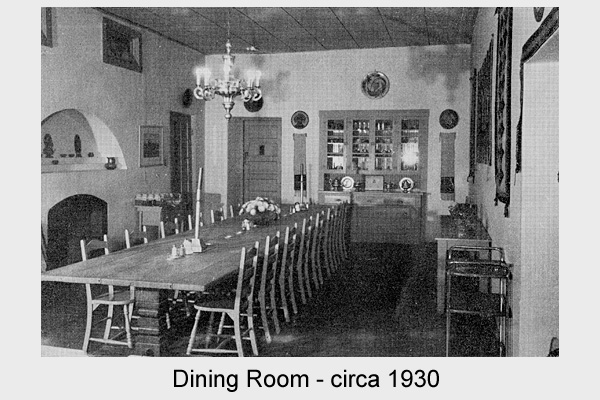 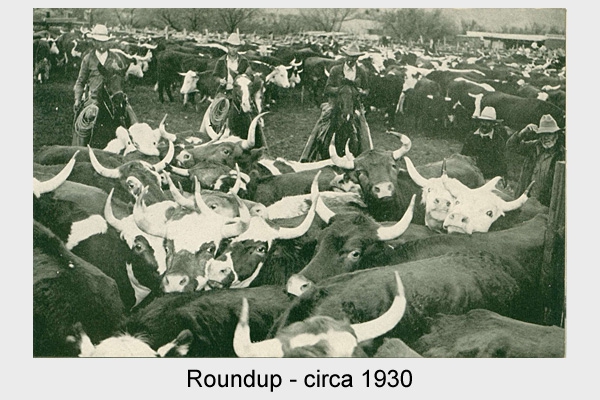 Mexico:  With Mexican independence from Spain in 1812, the ranch became a part of Mexico.

In 1916 Pancho Villa raided and attempted to take Rancho de la Osa. A cannon ball from that attack was found embedded in the adobe wall of the Hacienda and is on display today.

Ranching:  In the late 1800s the ranch was bought by cattle baron Colonel William Sturgis, who built the great Hacienda, which was finished in 1889. The ranch was now part of the United States, following the Gadsden Purchase of 1853.  The adjacent Buenos Aires Federal Wildlife Refuge restored its own 130,00 acres to the pre-1880s great grasslands of Southern Arizona.

In 1924 Louisa Wetherill, a noted Navajo historian and archeologist came to the area and the ranch, looking for a “lost” tribe of Navajos. They did not find the tribe, but found the perfect place to build a dude ranch. Rancho de la Osa opened to guests on Thanksgiving 1924.

Political:  A group of Eastern investors with Dick Jenkins as the managing partner bought the ranch in the 1930s. Dick became Chairman of the Arizona Democrat party and through his connections and prominence within the party, hosted several politicians including President Lyndon B. Johnson and wife Lady Bird, Vice President Hubert Humphrey, and Supreme court Justice William O. Douglas. Two-time presidential candidate and senator, Adlai Stevenson had a home on the ranch and William Clayton wrote the Marshall Plan in what is now known as the “Clayton House.”

Hollywood/Celebrities:  Tom Mix was an early and regular guest to the ranch. Caesar Romero, Joan Crawford, Margaret Mitchell (author of Gone With the Wind) and Zane Gray also were guests. John Wayne was a frequent guest and had a favorite room that is still in use today.

What brought so many different groups and people throughout history to this out-of-the way place? While that may be a tough question to answer, today the reasons are far more obvious. The meticulous restoration and preservation of the ranch combined with the owners’ reverence for the diverse history of Rancho de la Osa makes it a living museum, one where you feel the past all around you.