Supreme Court Justice under Roosevelt for 36 years, longest in Supreme Court History. He took respite from the bench in this room and still managed to ride horses despite some humbling experiences. In Oct. 1949. Douglas broke 13 ribs after being thrown from a horse. And after a six month break from work, Mr. Douglas was hospitalized In March 1950 after being kicked by a horse. Eventually, Mr. Douglas refrained from the rodeo circuit and stuck to his day job. Thankfully, he was never injured while riding at Rancho De La Osa.

The Chamber has 3 twin beds with these amenities: 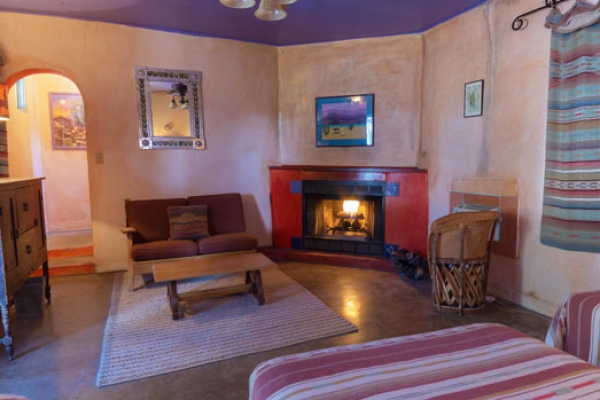